Are you looking to learn about the area or region commonly referred to as tornado alley? Then you've come to the right place! We put this section together to give students, teachers and/or tornado enthusiast as place to get tornado alley facts and information. 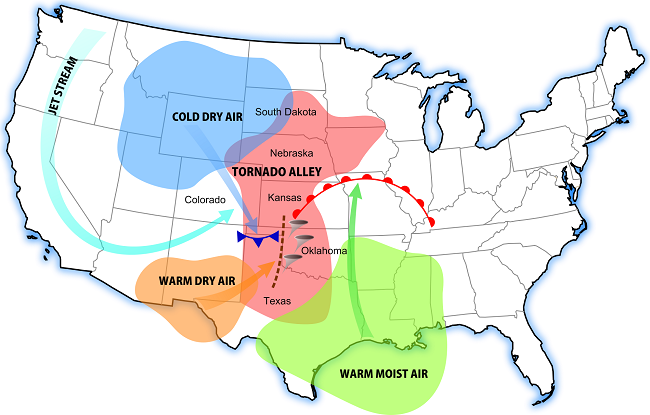 Above is a map of the area commonly known as tornado alley.