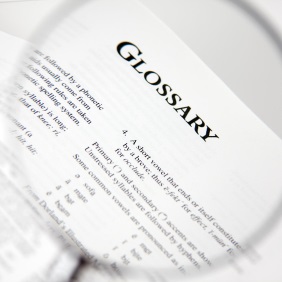 Welcome to our glossary of tornado terms. This section will help you understand the different words and phrases that might come up when talking about tornadoes.

We compiled tornado terminology useful to the average student, teacher or tornado enthusiast. We encourage you to bookmark this page to make is handy.

If you're a storm spotter you'll find the Glossary of Weather Terms for Storm Spotters by NOAA to be a much better resource.