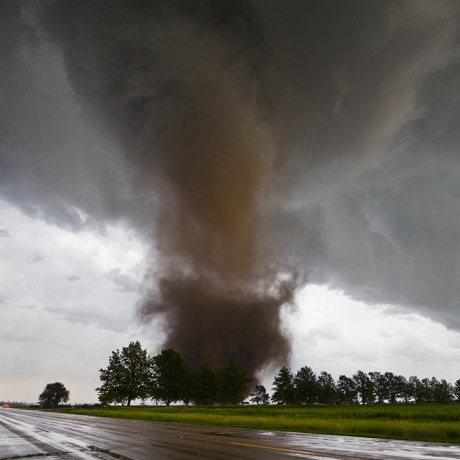 Tornadoes are one of the most violent weather events on our planet. There are some interesting tornado facts that everyone will find fun and amazing. We put together this tornado fun facts web page to help make it fun to learn about tornadoes.

It's important to remember that tornadoes are very dangerous, and you should never try to photograph or film one unless you're a professional storm chaser. You can also learn about some of the common tornado myths floating around. If you know of fun or interesting tornado facts that should appear on this page contact us and let us know.